A couple of months ago I shared with everyone Mason’s developmental delays and the amount of support we received was much more than expected. I also never imagined that so many people I knew were going through the exact same thing. It’s something about transparency that brings everyone closer together.

The best thing that I can say is that we are finding our routine. Also this process is kinda like Pandora’s Box, you never really know what you are getting into. The more we dig, the more we start to find new issues and that can be really discouraging at times.

Mason started with delays in social and speech. He also had some sensory issues that affected his eating. We see a speech and educational therapist for the social and speech delays as well as an occupational therapist for the feeding issues. I’ll be honest and say that the hardest part was doing all the testing to figure out where he was behind and essentially where we needed to start. Thankfully we are past that stage and can start to put action plans in place.

Mason does say daddy with recognition *insert side eye* and makes vowels sounds that mimic words we are saying. If I say ‘up’ he may repeat ‘uh’ which is a huge improvement from where he was 3 months ago. He babbles consistently so we know he has the capacity for speech. Which is also a good sign. He follows commands when he wants to *insert another side eye*

If you have seen a picture of Mason you more than likely have seen his tongue out of his mouth like this. Working with occupational therapy to bring more awareness to his mouth so that he brings it back in helped us to see that he was doing that because he couldn’t properly breath through his nose. Further X-rays show that he has enlarged adenoids that will more than likely need to be surgically removed. This is a great discovery because it could be the root cause of his speech and feeding issues. On the other hand nobody wants their baby to have to go through any type of surgery. The body is amazing in the way that it can compensate for itself tho. He was able to breath through his nose just fine with his tongue moved forward. Our action plan is to constantly introduce as much language to him as possible. We have also started sign language to assist him with future needs so he doesn’t get frustrated if he finds it difficult to communicate. The jury is still out on the sign language *lol*.

This was particularly difficult for me because… I love to cook and Mason wouldn’t eat. and I mean nothing! At 14 months he should be eating finger foods and able to feed himself with his hands, although we are not there we have made great progress. In December he was not eating any solid foods. Today he is basically in stage 2 baby purees. He can tolerate some textures, like oatmeal and quinoa, but still prefers food to be mostly smooth. This does at least allow me to make food for him and get sneak in more protein here and there. We are moving toward more savory foods and having a lot of success with that. Although he prefers fruit purees the most, he is exploring different flavors as well.

Mason is up moving around like a normal toddler but his OT noticed that his feet are out of alignment. This is now another thing that needs to be tested and worse case scenario he may be required to wear a brace for a period of time to correct this. He walks assisted well but his foundation isn’t secure enough for him to walk unassisted. This was a hard one for me but we will cross whatever bridge we get to when it comes.

This wasn’t just an update for you but also a reminder for me that we have come really far. He is still just a 1 year old and we are in the beginning stages of therapy. It can be easy to get sidetracked and forget where you started. This helps me to remain grateful and remember that the process is greater than the product sometimes.

There are a lot of moms dealing with delays and I just want to remind you that its ok to celebrate all the small victories. Delayed does not mean denied. Even if our roads are a little bit longer than others our babies will all get to where they need to be in this world. 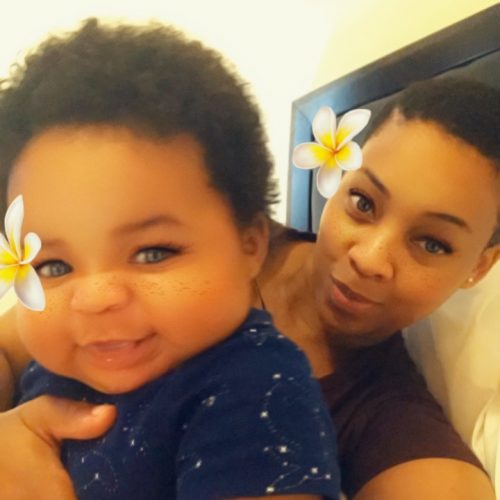